Samsung Gear VR and Oculus - stopped working, how to fix it

I have a Samsung S9.
I bought a new S20 Samsung and found out I could not use my Gear VR on it, so I decided to keep the S9 just for Gear VR. I love using this to watch Netflix anywhere when the whole family is asleep by 7pm. Its also good for Prime and other VR videos.

But the other day it just stopped working, I'd go to use it and when I plugged in the phone to the Gear VR, it just would not recognize the Gear VR device like it usually would when I put the phone in the device, I tried everything, even deleting and re-installing Oculus only to find out the old version of Oculus is no longer in the store (so don't do that).

I was going to sell the S9 on eBay butI thought I would give it one more go and I got it to work again!

This is what I did:

1. Factory restore (but please try step 3 before you do this, you might be able to fix yours without this step and prevent having to re-install all your apps!)

2. Setup phone with nothing more than your google account.

3. Plug in VR Gear, it does nothing, same as before, but then I plugged a power charger into the Samsung Gear USB-C controller (located underneath the Gear VR device on the left hand side), bingo, it then detects the device and asks you if you want to install the software for it! You can also try plugging the power in first, then putting your phone in, both seem to work.

4. All my Oculus apps (Netflix, Prime etc) had to be re-installed, but at first no apps would install! It said there was an error installing the apps..... I tried installing these from within VR and from the Oculus app, to fix that I had to reboot the Samsung S9, then it allowed me to install the apps again.

5. Gear VR now only works if the power is plugged into the USB-C port. But it is working!

This is where the Samsung Gear VR USB-C port is 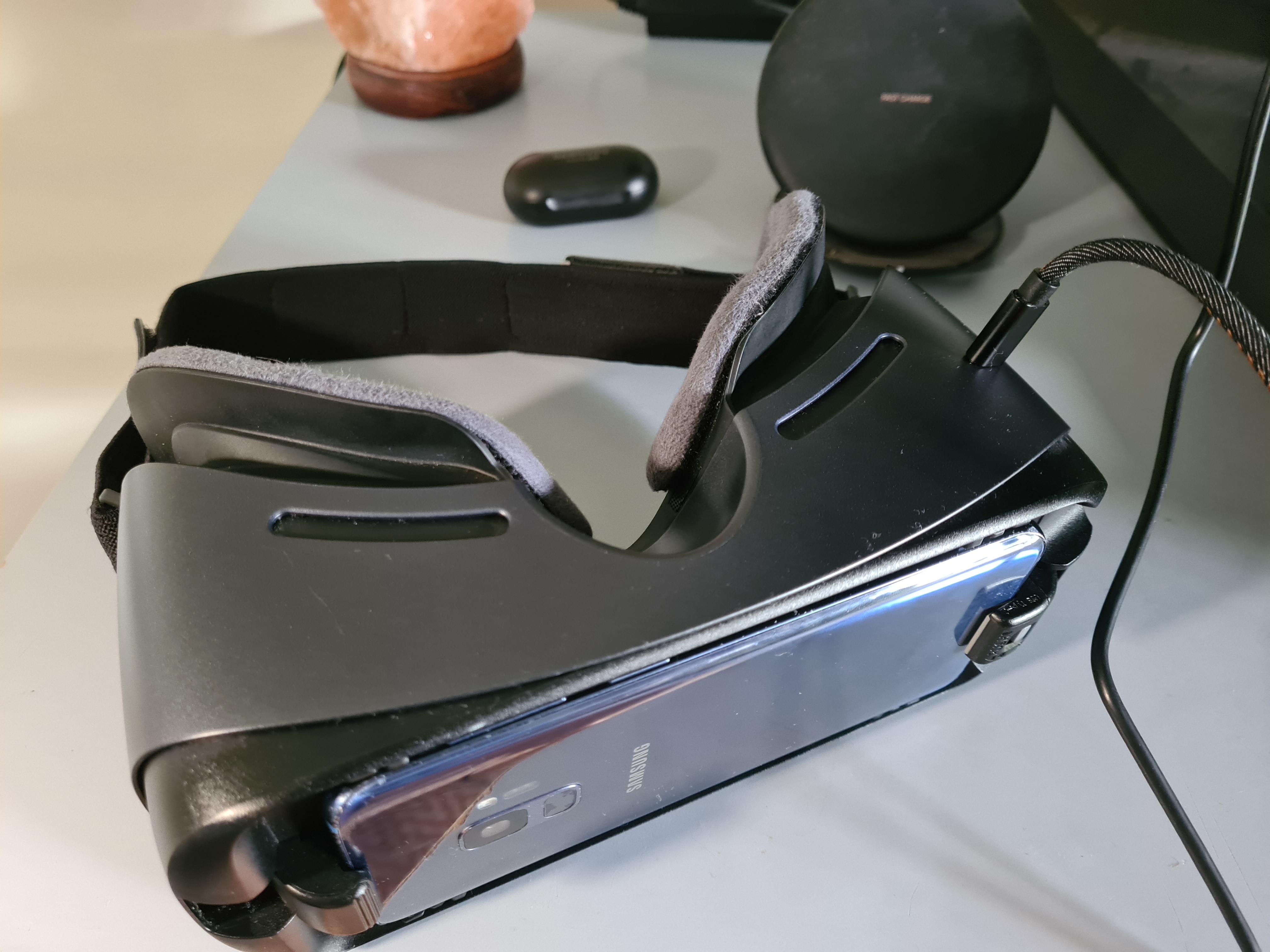 It seems it will only work with the power cable plugged in now, which is interesting. Are you getting the same result? email me here to let me know if you have any other updates or tricks for Gear VR!

UPDATE 19th Feb 2021 : So now a few months later and my S9 is working without plugging it in, at the same time I did have a few issues with it charging and cleaned out the connector port (I had this done in a local phone fixing store) and now it seems to have fixed the issue with the VR gear as well. So if you have the same issue, it could be just the charging port needs cleaning.